Review of Geva Theatre Center's In the Heights 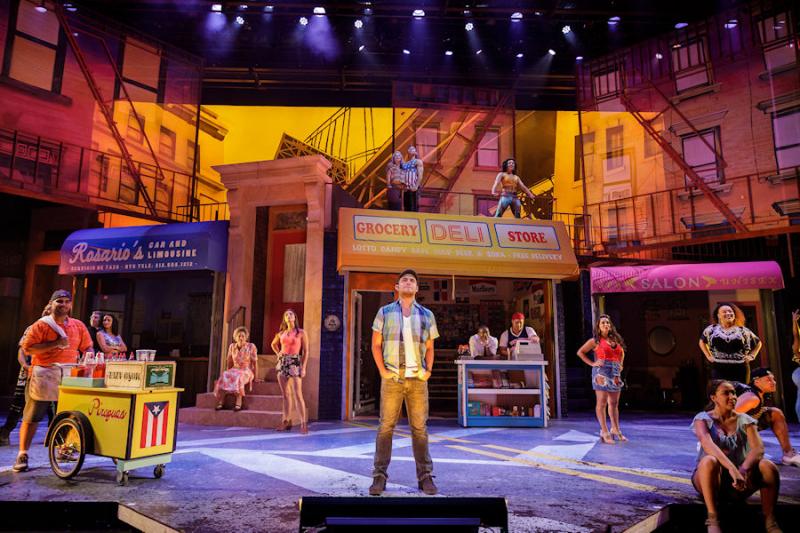 In the Heights is the brainchild of Lin-Manuel Miranda, as well as the four-time Tony award-winning precursor to Miranda’s play Hamilton. As the play’s composer and lyricist, Miranda layers and counterposes traditional Broadway and Latin music with hip hop, reflecting the diversity of the multi-generational Washington Heights’ immigrant community. The play, with book by Quiara Allegría Hudes, chronicles the life of Heights residents over a three-day period, as they wrestle with long-held traditions, illusive dreams, and vivid reality.

When the lights come up on Geva Theatre Center’s In the Heights, it is the eve of July 4, and Nina is returning home to her family and her Washington Heights community with a shameful secret: She has failed her own and their expectations of becoming the first to escape their barrio to attend Stanford University in California.

From the moment the actors burst onto the stage, In the Heights is a boisterous and exuberant production that carries the audience into the lives and hearts of its characters.

The nightingale-voiced Mia Pinero portrays Nina, the prodigal daughter of cab company owners Kevin (Tony Chiroldes) and Camila (Mary Méndez Rizzo). Nina has spent four months at a friend’s apartment, rather than return and admit to her parents she was expelled. As she rekindles her friendship with cab company employee Benny (Sidney DuPont) – much to her parents’ dismay – and embers turn to flames, the chemistry between the two of them is as palpable as their duets are delicious. 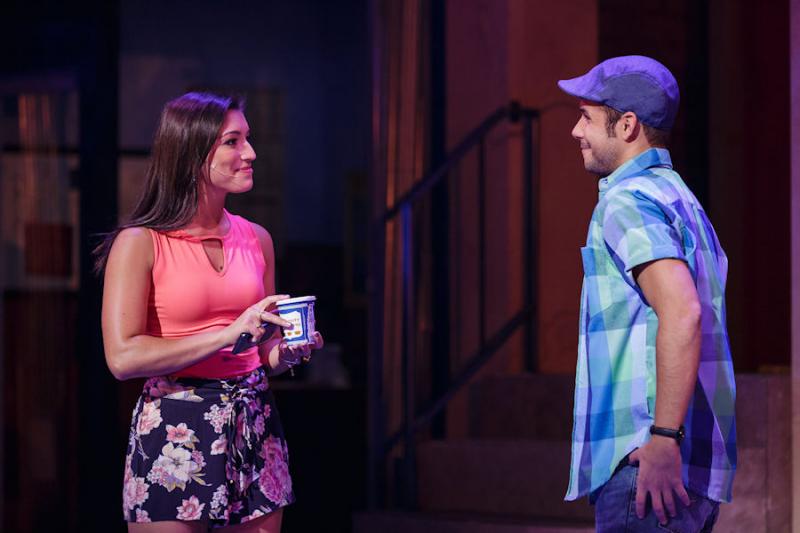 Xavier Cano gives a nuanced performance as Usnavi, the shy bodega owner. Usnavi is secretly in love with the beautiful and aspiring Vanessa (Chiarra Trentalange), whose soaring voice makes us feel her desperation to escape the barrio and fly to another life beyond the hair salon where she is employed.

As Usnavi’s Abuela Claudia, Yassmin Alers holds us in the palm of her hands during some of the show’s most poignant moments that brought more than a few audience members to audible tears.

The electricity goes out in sweltering Washington Heights just as fireworks ignite the night sky in observance of the iconic U.S. holiday celebrating American values. The barrio becomes a free-for-all, as vigilantes tear down what so many have worked years to build. In unison, the cast sings “We are powerless…” with passion and fervor, a metaphorical anthem, not only for the outage, but for the frustration they feel over their inability to achieve the American dream.

This show is remarkable in the overall strength of its cast and production value.

Melissa Rain Anderson’s notable body of work is well-known to Rochester audiences. She directed such Geva smash hits as A Funny Thing Happened on the Way to the Forum, The Marvelous Wonderettes, Monty Python’s Spamalot and The 25th Annual Putnam County Spelling Bee. She doesn’t disappoint in her sparkling and glorious production of In the Heights.

Choreographer Julio Agustin infuses the production with the excitement of craftily-choreographed hip hop, salsa, and meringue sequences, performed by a vibrant and talented dance ensemble.

Geva’s Resident Music Director Don Kot skillfully guides the cast through the exciting, yet often extremely challenging vocal layering and juxtapositions that reflect musically the complexity of concerns and relationships within the barrio.

In grand Geva tradition, Adam Koch has designed a magnificent set that almost becomes a character unto itself. 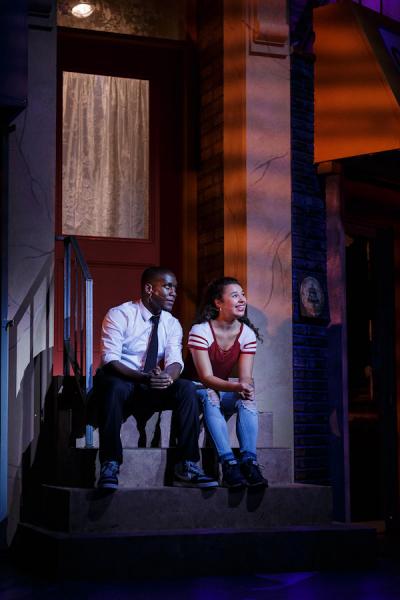 In the Heights is a wonderful collaboration between Geva Theatre Center and the Rochester Latino Theatre Company. It runs approximately two hours, with one intermission, and is suitable for audiences age 10 and over.  It will be performed at Geva Theatre Center's Wilson Stage through October 8, 2017. Tickets are available online, or by calling the box office at (585) 232-Geva (4382).

Geva Theatre Center’s In the Heights is a not-to-be-missed production of musical theatre at its finest, that evokes the gamut of human emotions.

Top - The Cast of In the Heights. Photo by Goat Factory Media.

Middle - Chiara Trentalange and Xavier Cano in In the Heights. Photo by Goat Factory Media.

Bottom - Sidney DuPont and Mia Pinero in In the Heights. Photo by Goat Factory Media.

Carol White Llewellyn is Editor of BeyondTheNest.com and she loves the arts so much that she hosts and produces an arts-based talk show called Conversations with Creatives, that appears online and on RCTV in Rochester, where she works as Marketing Director.