Ringling Bros and Barnum & Bailey Built to Amaze: a KidsOutAndAbout review | Kids Out and About Phoenix 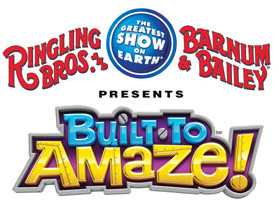 The Circus is back in town! Ringling Bros and Barnum & Bailey are performig at the Palace at Auburn Hills November 12th – 16th presenting Built to Amaze, the 143rd edition of the Greatest Show on Earth.

“Circus performers from across the globe create the perfect blend of athleticism and bravery, where power meets fearlessness and amazement has no bounds.  Magnificent elephants, ferocious tigers, astonishing acrobats and awe-inspiring aerialists are engineered into one spectacular performance.”

Built to Amaze is inspired by a construction theme with dump trucks, hydraulic lifts, safety cone people on stilts, and clowns slipping and sliding in paint.

But I’ve been to the circus before. Won’t this be a similar show? No recycling here. Every act was unique from previous shows.

Hang on to your seats for:

Make the most of your experience:

Ringling Bros. and Barnum & Bailey Circus will be in town through November 16, 2014. Click here for tickets.

Kathleen McCormack is the managing editor of KidsOutAndAbout.com and lives in the Rochester, NY area with her husband and two young kids. Most frequent thought while watching the circus performers: "Does your mother know you're doing that??!"